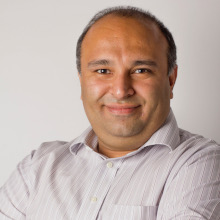 Biosketch: Rayid Ghani is a Distinguished Career Professor in the Machine Learning Department and the Heinz College of Information Systems and Public Policy at Carnegie Mellon University. Rayid is a reformed computer scientist and wanna-be social scientist, but mostly just wants to increase the use of large-scale AI/Machine Learning/Data Science in solving large public policy and social challenges in a fair and equitable manner. Among other areas, Rayid works with governments and non-profits in policy areas such as health, criminal justice, education, public safety, economic development, and urban infrastructure. Rayid is also passionate about teaching practical data science and started the Data Science for Social Good Fellowship that trains computer scientists, statisticians, and social scientists from around the world to work on data science problems with social impact.

Before joining Carnegie Mellon University, Rayid was the Founding Director of the Center for Data Science & Public Policy, Research Associate Professor in Computer Science, and a Senior Fellow at the Harris School of Public Policy at the University of Chicago. Previously, Rayid was the Chief Scientist of the Obama 2012 Election Campaign where he focused on data, analytics, and technology to target and influence voters, donors, and volunteers. In his ample free time, Rayid obsesses over everything related to coffee and works with non-profits to help them with their data, analytics and digital efforts and strategy.