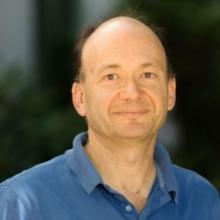 Amr El Abbadi is a Professor of Computer Science at the University of California, Santa Barbara. He received his B. Eng. from Alexandria University, Egypt, and his Ph.D. from Cornell University. His research interests are in the fields of fault-tolerant distributed systems and privacy preserving databases, focusing recently on Cloud data management and blockchain based systems. Prof. El Abbadi is an ACM Fellow, AAAS Fellow, and IEEE Fellow. He was Chair of the Computer Science Department at UCSB from 2007 to 2011. He has served as a journal editor for several database journals, including, The VLDB Journal, IEEE Transactions on Computers and The Computer Journal. He has been Program Chair for multiple database and distributed systems conferences. He currently serves on the executive committee of the IEEE Technical Committee on Data Engineering (TCDE) and was a board member of the VLDB Endowment from 2002 to 2008. In 2007, Prof. El Abbadi received the UCSB Senate Outstanding Mentorship Award for his excellence in mentoring graduate students. In 2013, his student, Sudipto Das received the SIGMOD Jim Gray Doctoral Dissertation Award. Prof. El Abbadi is also a co-recipient of the Test of Time Award at EDBT/ICDT 2015. He has published over 300 articles in databases and distributed systems and has supervised over 35 PhD students.