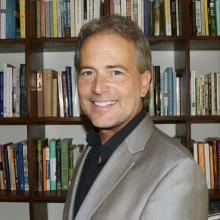 My research is driven by concerns about the health of democratic processes. I am motivated in particular with big questions about the ways that the affordances of digital media and computing exert both corrosive and helpful forces on people’s thought and behavior. I have particular interests in: 1) problems associated with falsehoods and deception in democratic processes; 2) cognitive patterns associated with selective exposure, polarization, and animus among publics, and 3) peer-to-peer social influence in computer-mediated environments.

Professor Bruce Bimber studies how human behavior is affected by computing and media environments. As a political scientist, he focuses on the collective behavior of publics, as well as on political attitudes and beliefs in the context of digital media. His interests in the implications of technology for the health of democracy extend back to the 1980s. He earned an undergraduate degree in electrical engineering from Stanford and worked for several years in Silicon Valley before graduate school.  His has a doctorate in political science from MIT, where he studied politics, technology, society. He worked on public policy research for three years in in Washington, DC at the think tank RAND after graduate school and before joining the UCSB faculty, where he was founding director of Center for Information Technology & Society.  He is a Fellow of the American Association for the Advancement of Science and a past Fellow of the Center for Advanced Study in the Behavioral Sciences at Stanford.