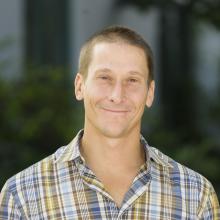 Giovanni Vigna is a Professor in the Department of Computer Science at the University of California in Santa Barbara, and the CTO and co-founder of Lastline, Inc., a company that provides anti-malware solutions. His research interests include malware analysis, vulnerability assessment, the underground economy, binary analysis, web security, and mobile phone security. He has been the Program Chair of the International Symposium on Recent Advances in Intrusion Detection (RAID 2003), of the ISOC Symposium on Network and Distributed Systems Security (NDSS 2009), of the IEEE Symposium on Security and Privacy (Oakland 2010-2011), and he is currently the co-chair of the ACM Conference on Computer and Communications Security (CCS). He is known for organizing and running, since 2003, a yearly Capture The Flag hacking contest, called iCTF, that every year involves dozens of teams around the world. Giovanni Vigna is also the founder of the Shellphish hacking group, who has participated in more DEF CON CTF competitions than any other group in history. Giovanni Vigna received his M.S. with honors and Ph.D. from Politecnico di Milano, Italy, in 1994 and 1998, respectively. He is an IEEE fellow and an ACM Fellow.