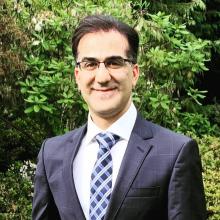 Distributed machine learning (ML) systems can enable a variety of new applications in health-care, autonomous vehicles, smart cities, robotics, etc. However, distributed ML faces several systems and algorithmic challenges including communication bandwidth, systems heterogeneity, data heterogeneity, adversarial perturbations, and scalability. Our research leverages tools from optimization theory and information theory to tackle these challenges, and develop provably efficient algorithms with strong statistical performance guarantees for the machine learning model. In particular, we aim at developing fast, robust, and private federated learning and collaborative learning algorithms that achieve optimal performance in terms of convergence rate for both convex and non-convex settings. In another project, we focus on human-cyber-physical-systems (h-CPS) such as next-generation transportation systems that involve both human and robot agents. Our research leverages tools from reinforcement and game theory for data-driven efficient control and management of h-CPS.

Ramtin Pedarsani is an assistant professor in the ECE department at the University of California, Santa Barbara. He obtained his Ph.D. in Electrical Engineering and Computer Sciences from UC Berkeley in 2015. He received his M.Sc. degree in Communication Systems and Computer Sciences at EPFL in 2011, and his B.Sc. degree in Electrical Engineering at the University of Tehran in 2009. His research interests include Machine Learning, Information Theory, Optimization, Transportation Systems, and Game Theory. He is the recipient of the NSF CISE research initiative award (CRII) in 2017 and the best paper award at the IEEE International Conference on Communications (ICC) in 2014, and is a finalist for best paper award in ACM International Symposium on Mobile Ad Hoc Networking and Computing (Mobihoc), 2019.